1. Draft Amendment to the Patent Law passed at the executive meeting of the State Council.
2. Facilitation of TM Registration
3. China’s Top 10 Patent Agencies in 2018
4. China’s Top 20 corporate applicants of PCT international patents
5. Joint notice issued by 38 government departments on joint punishment against entities of bad-faith in the IP field

Draft Amendment to the Patent Law of the People's Republic of China was passed at the executive meeting of the State Council, chaired by Premier Keqiang Li, on December 5th.

The Draft imposes tougher punishment against IP infringement. Damages and fines for willful infringement and passing off of patents are dramatically increased for better deterrence.

The Draft clearly provides that an infringer shall bear the burden of proof in respect of submitting relevant materials, and online service providers shall undertake joint liability for failure in preventing infringing acts in a timely fashion.

The Draft also introduced a motivation mechanism which enables inventors and/or designers to obtain reasonable shares of profits from their service inventions, and it also revised the patent licensing system.

For the moment, there’s no official saying on how long will it take for the draft to be implemented. Sanyou will follow this up and keep you updated.

CNIPA has been adopting reform measures to facilitate TM registration since the start of the 2018.

The average examination period for trademark registration has been shortened to 5 months and 28 days.

According to CNIPA’s statistics, the number of trademark registration applications field in January to October 2018 was 6.017 million, marking a year-on-year increase of 36.4%.

The examination periods for the following items are reduced to 1 month:
• domestic and international TM modification and renewal, and
• issuance of Notice of Acceptance for TM registration and TM rejection review.

The examination period for three-year nonuse invalidation has been shortened to 8 months.

The blank period for trademark search is kept within 10 days.

The number of PCT international patent applications in China exceeded that of Japan in 2017, ranking second in the world. 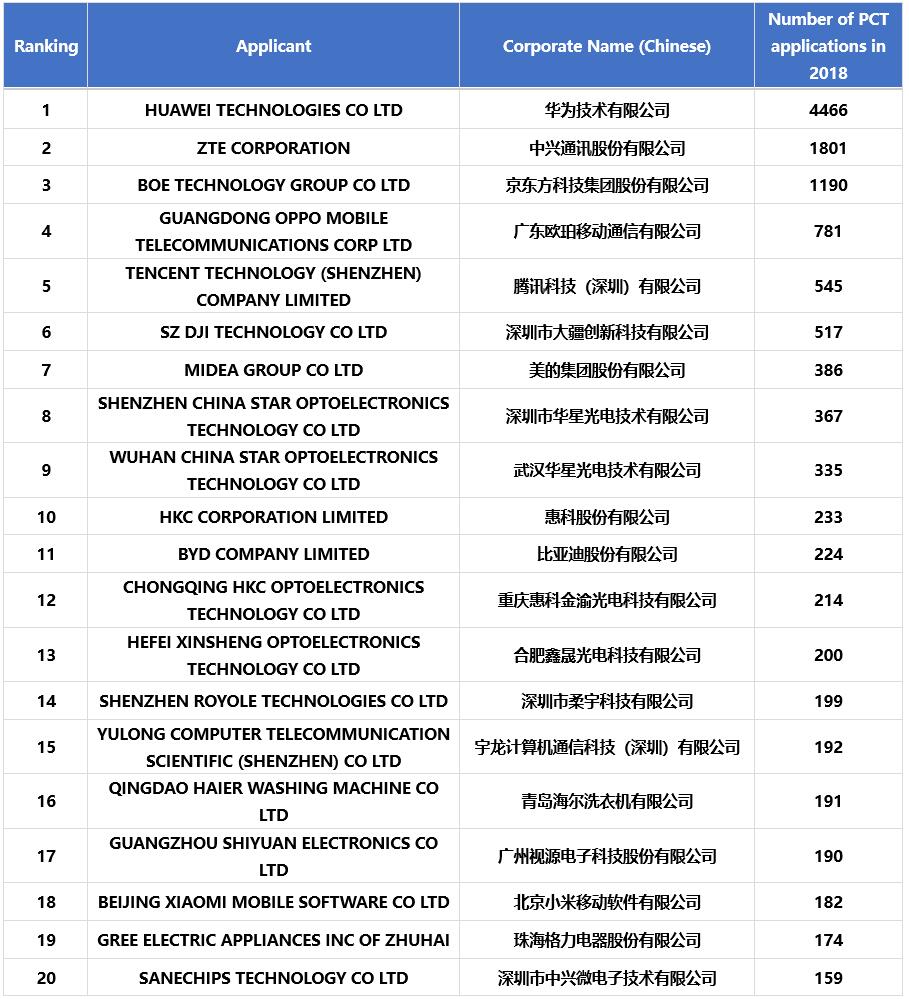 The joint punishment is targeted at those involved in bad-faith behaviors in the IP field.
• For a legal person, such targets include the legal person and its actual controller, legal representatives, principal heads or the persons who are held actually responsible for act of bad-faith.
• For a non-legal person organization, the organization itself and its heads shall be deemed as targets of joint punishment.
• For a natural person, the target is the natural person.

Acts of bad-faith in the IP field include:
1. repeated acts of patent infringement;
2. refusal of enforcement;
3. serious violation of law in patent agency;
4. Illegal use of Patent Agent Qualification Certificate, such as selling, leasing, or lending of such;
5. abnormal patent application; and
6. providing false documents.

Measures of joint punishment include:
1. punishment imposed by CNIPA, which will cancel the qualifications of patent enforcement high way, and IP-related certificates or recognitions; and
2. cross-departmental punishment, which encompasses fiscal, financial, administrative sanctions, and even social constraints.